The Lesson Transactional Attorneys Can Learn From Mohamed v. Uber: How to Draft a Better Arbitration Clause 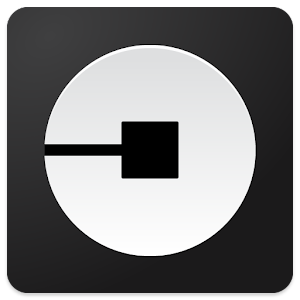 This decision should encourage us to write better arbitration clauses so that we can better control the litigation environment.  For further discussion of this topic, see this article 10 Steps to Writing a Better Arbitration Agreement.

Uber drivers are required to use a smartphone to access Uber while driving.  Drivers are required periodically to agree to new changes to their contracts before the software will allow them to sign in for work.  The case presents a consolidation of two suits, both of which originated by drivers (including a proposed class) filing suit against Uber in U.S. District Court.

The arbitration clauses of the agreements provide that all disputes must be resolved through arbitration, including disputes regarding the arbitrability of the agreements.  The agreements further allowed drivers to opt out of arbitration via email, in person, or by mail.  None of the plaintiffs opted out before filing suit.  Uber moved to compel arbitration and the District Court denied the motion.  The 9th Circuit reversed (mostly).  The plaintiffs argued that the contracts were either adhesive (a standard form agreement drafted by a party–usually a business with stronger bargaining power–and signed by the weaker party–usually a consumer in need of goods or services–who has no choice but to adhere to the contract and therefore does not have the power to negotiate or modify the terms of the contract) or unconscionable (a contract is unfair or oppressive to one party in a way that suggests abuses during its formation).

The 9th Circuit held that the clauses requiring questions of arbitrability and opt-out were clear and unmistakable.  Therefore, although there is a presumption that courts will determine which issues in a contract are arbitrable, a clear and unmistakable delegation of that authority to an arbitrator overcomes that presumption.  The circuit further held that the arbitration agreement containing a clear opt-out provision is neither adhesive nor unconscionable.

Make sure your arbitration clause declares that the arbitrator decides if the dispute is arbitrable. Otherwise, you may waste attorney fees and time arguing a separate lawsuit in court to determine that the arbitrator may hear the matter.  Further, especially if you are contracting with consumers, be certain that the agreement contains an ability for the other party to opt out of arbitration.